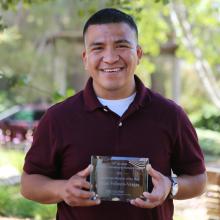 AmeriCorps Member of the Year

Oscar Velasco-Vargas is the recipient of the 2021 AmeriCorps Member of the Year award. A graduate of Cal Poly’s history department, Oscar is completing his second year as an AmeriCorps VIP member in SLO County. He previously served at the Boys and Girls Club in South SLO County, and is currently serving at the Cal Poly Food Pantry with Campus Health & Wellbeing. Oscar has worked tirelessly to address food insecurity on Cal Poly’s campus by fostering relationships with local food producers, hosting monthly pop-ups at Front Porch, and revitalizing the pantry even during the pandemic. Oscar is often described as a role model by those who know him, and has gone above and beyond to demonstrate his commitment to food equity through his service.

During the Great Depression, California became a wellspring for some of the era's most inventive and imaginative political movements. In response to the global catastrophe, the multiracial laboring populations who formed the basis of California's economy gave rise to an oppositional culture that challenged the modes of racialism, nationalism, and rationalism that had guided modernization during preceding decades. In Rebel Imaginaries Elizabeth E. Sine tells the story of that oppositional culture's emergence, revealing how aggrieved Californians asserted political visions that embraced difference, fostered a sense of shared vulnerability, and underscored the interconnectedness and interdependence of global struggles for human dignity. From the Imperial Valley's agricultural fields to Hollywood, seemingly disparate communities of African American, Native American, Mexican, Filipinx, Asian, and White working-class people were linked by their myriad struggles against Depression-era capitalism and patterns of inequality and marginalization. In tracing the diverse coalition of those involved in labor strikes, citizenship and immigration reform, and articulating and imagining freedom through artistic practice, Sine demonstrates that the era's social movements were far more heterogeneous, multivalent, and contested than previously understood. 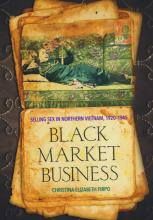 Black Market Business is a grassroots social history of the clandestine market for sex in colonial Tonkin. 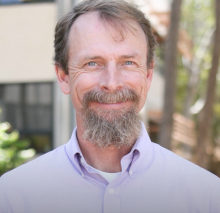 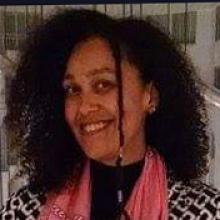 History Professor meets with Cal Poly News: Ask an Expert: What is Juneteenth?

History Professor meets with Cal Poly News: Ask an Expert: What is Juneteenth? 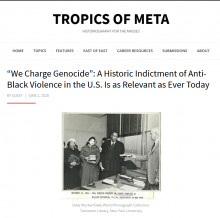 “We Charge Genocide”: A Historic Indictment of Anti-Black Violence in the U.S. Is as Relevant as Ever Today

History Professor Molly Loberg was recently awarded the Hans Rosenberg Book Prize for her book titled “The Struggle for the Streets of Berlin: Politics, Consumption, and Urban Space, 1914-1945.” 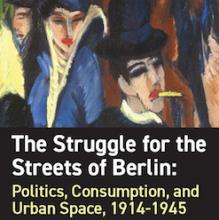 Our next Conversations with Cal Poly Authors event is October 25, featuring Molly Loberg from History and Christian Anderson from World Languages and Culture, discussing her book, The Struggle for the Streets of Berlin: Politics, Consumption, and Urban Space, 1914-1945.  Light refreshments, as always, will be served. 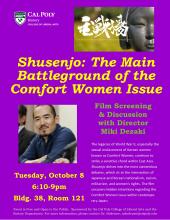 Film and Discussion -Shusenjo: The Main Battleground of the Comfort Women Issue

The History Department is sponsoring an exciting documentary film screening and filmmaker discussion next week that I hope you consider attending.

The film Shusenjo: The Main Battleground of the Comfort Women Issue examines the narratives surrounding the contentious issue of "comfort women," the sexual enslavement of Korean women during WWII.  Director Miki Dezaki will participate in a discussion after the screening of the film. For more on the film and the controversy it has set off, see this New York Times article.